Key Functions of The Gut Microbiome 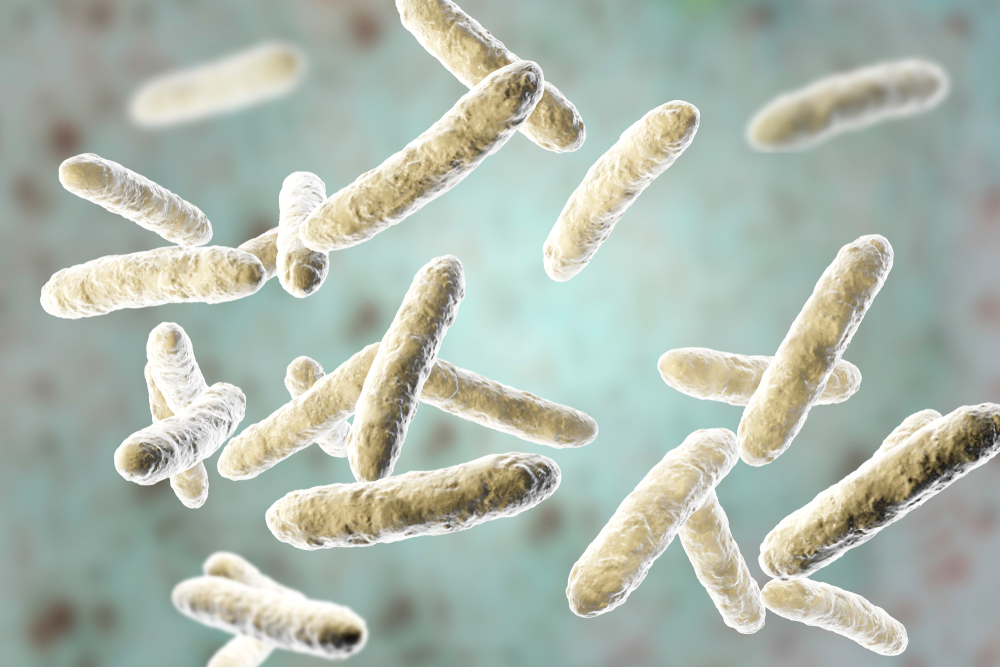 Thanks to the power of science, the connection between the gut microbiome and human health has become increasingly recognised. Current research suggests that the gut microbiome plays an integral role in overall health, helping with important bodily processes of digestion, immune function, disease management, and nutrient absorption to name a few.

Research also suggests that the gut microbiome contributes to mental and physical health through the production of various metabolites that interact with the body. So, to better understand the influence of the gut microbiome on human health, explore our summary of 4 key microbial metabolites and how they contribute to overall health and well-being.

But first, what are metabolites?

You may have heard the word “metabolism” before – as the chemical process of breaking down food and turning it into energy – but what exactly are metabolites?

Metabolites are small molecules that are produced during metabolism – the immediate by-product of a metabolic process. Metabolites support a number of functions, including energy conversion, signalling, and epigenetic influence.

Metabolism is a complex process that involves many different enzymes and chemical reactions. As such, there can be a lot of variation in metabolite levels from one person to the next. Lifestyle factors such as exercise and diet also play a significant role in regulating metabolism and therefore metabolite synthesis is important for maintaining health. 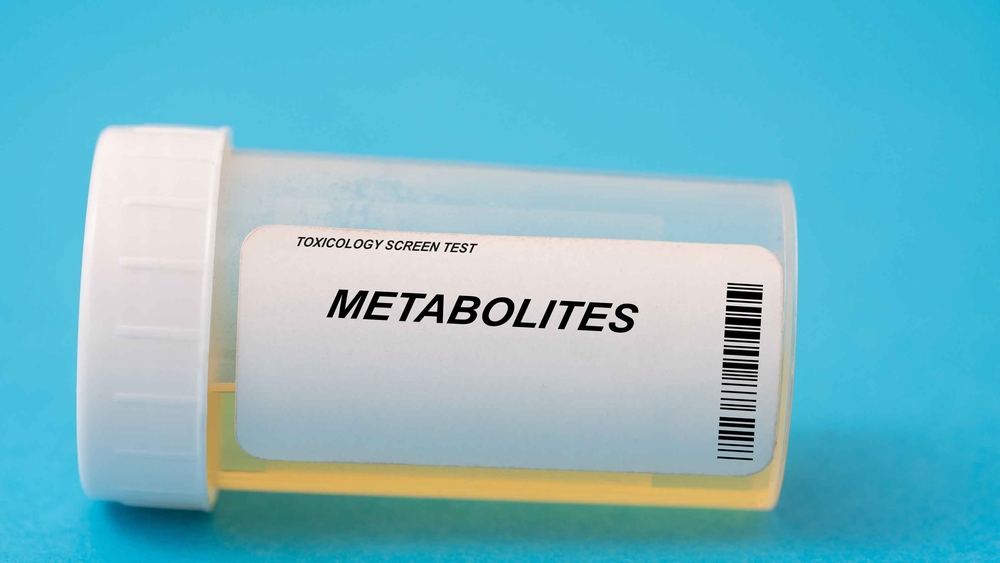 Primary metabolites are essential for cellular growth and development. They are typically formed during the growth phase as a result of energy metabolism and help to maintain the physiological functions of the body.

A new field of research is exploring the role of genetically encoded bacterial secondary metabolites synthesised by gut microbiota. These studies are hypothesising molecular causation and identifying the role in disease and health processes that secondary gut metabolites may play.

How Metabolites Affect Your Health

The levels of metabolites in the body can have a big impact on health. If we specifically look at gut microbial metabolites – meaning the by-product (metabolite) resulting from gut bacteria breaking down food, namely carbohydrates, lipids (fats) and proteins – metabolites are shown to have both a direct and indirect physiological impact on cardiovascular health, hormone regulation, weight control and inflammation response, and that’s just for starters. They are essential for almost every physiological function of the mind and body.

Different vitamins and minerals also play important roles in metabolism. For example, iron is necessary for transporting oxygen throughout the body, while zinc is needed for cell growth and repair. Vitamin D is important for bone health, while vitamin C helps the function of the immune system. These vitamins and minerals all require metabolites to help synthesise their bio-availability so that the body can utilise them and vice versa – the metabolites need the vitamins and minerals to facilitate their role in maintaining homeostasis. Everything is intertwined, however, one major factor is the health and diversity of the gut microbiome.

It’s also worth noting that some drugs and medications can alter metabolite levels in the body. For instance, birth control pills can increase or decrease the levels of certain hormones like oestrogen and progesterone. And statins (drugs used to control cholesterol) can reduce plasma CoQ10 levels, which may lead to statin-associated muscle symptoms (SAMS). CoQ10 is a secondary metabolite of cholesterol biosynthesis that acts as an antioxidant and also has a role in the energy transfer mechanism of skeletal muscle. These causal factors are often why we experience side effects whilst on certain medications. 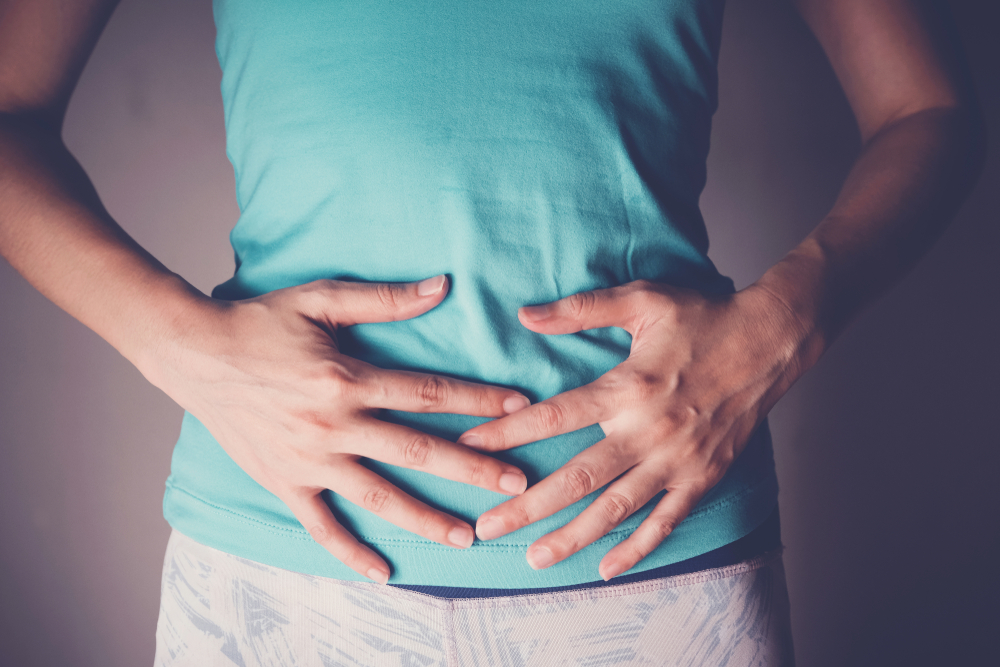 Acetate is the most abundant SCFA in the human body. Acetate is utilised by butyrate-producing bacteria, in a process called cross-feeding – an important production pathway for maintaining microbiota abundance and diversity in the colon.

Acetate is likely to be a key factor in maintaining the pH level of the cecum (the pouch where the small intestine joins the large intestine), helping to reduce the overgrowth of “bad” pathogenic bacteria. Research also suggests acetate plays a role in immune system response by enhancing immune modulating receptors and may have a whole-body impact due to having the highest systemic concentration of all three SCFAs in the blood.

Propionate is produced through two different pathways, meaning there are several species of gut bacteria that create this metabolite. It is believed that propionate activates the receptor binding mechanism that is linked to regulating blood glucose levels via modulating insulin secretion.

Research in human studies suggests that propionate helps with satiety (the feeling of fullness) through the gut hormone ghrelin. In animal studies, it has been shown to decrease cholesterol levels and enhance lipid (fat) metabolism. Gut bacteria can make propionate from foods with beta-glucan fibres, which are found in whole grains like barley, oats and rye.

Butyrate is the main energy source for the epithelial cells (colonocytes) of the colon. The health of this intestinal barrier is integral to almost every physiological function of the body.

The lining of the colon is constantly being repaired and renewed with butyrate being one of the main metabolites needed for this cellular replication process. A functional gut lining allows for vitamins and minerals to enter the bloodstream to promote health throughout the body. Butyrate also plays a key role in receptor modulation of immune cells and helps with reducing inflammation, particularly in the colon.

Gamma-Aminobutyric Acid (GABA) is considered the body’s natural relaxant. As a major inhibiting neurotransmitter that is predominantly present in the brain, GABA has several well-known physiological and psychological functions. For example, anxiety and depression have been linked to dysfunction in GABA metabolism. GABA also plays a role in the regulation of blood pressure and one’s perception of pain.

GABA helps to regulate the movement of food through the digestive tract, specifically from the stomach to the ileum, plus it encourages a particular motility reflex (peristaltic) in the colon. It also plays a role in immune function, as it can help to modulate the inflammatory response, however, this is another key area of research currently being investigated.

Also known as 3-indolepropionic acid, IPA is a gut bacteria-derived metabolite that is produced during the breakdown of the essential amino acid, tryptophan. IPA plays a cellular level protective role, by reducing inflammation, particularly in the mucosal barrier of the colon.

Studies on Irritable Bowel Disease have shown low IPA levels during times of acute inflammation and higher IPA levels after recovery. Additionally, reduced IPA levels may be indicated in the development of Type-2 Diabetes as well as cardiovascular disease. Human studies have also investigated the correlation between reduced plasma IPA concentrations and atherosclerosis, leading to elevated blood pressure (hypertension).

A diet rich in a variety of wholegrain fibres promotes the synthesis of IPA and enhances cardio-protective health properties.

Lipopolysaccharides (LPS) are bacterial surface glycolipids found on the outer membrane of gram-negative bacteria. Their main role is to stimulate the immune system and thereby create an inflammatory response. In this instance, this response is called metabolic endotoxemia, caused by LPS creating structural changes to the cell wall integrity, essentially killing the cell (apoptosis) and then releasing the LPS into the bloodstream.

At this point, you may be wondering, are lipopolysaccharides a friend or foe? The short answer is both.

Different bacteria produce different types of LPS – some are relatively harmless, and some have the ability to be somewhat destructive. For example, in the gut, LPS produced by the bacteria E. coli is highly toxic. This in turn increases levels of faecal calprotectin, which is a marker of intestinal inflammation in both Crohn’s Disease and Ulcerative Colitis.

Keeping the different types of LPS in balance is the key, and this can be achieved through dietary choices. Studies have shown that the standard Western diet (typically higher in saturated fat) is associated with a risk of developing metabolic endotoxemia. Conversely, a diet rich in fruit and vegetables has been associated with lower “harmful” LPS levels. The mechanics of diet-induced LPS levels and health impacts require further clinical studies.

Interested in finding out what’s going on in your gut?